Posted on February 14, 2014 by averyfairytale

I can never pass up a wonderful list of words…so when Gwen of the Esty Flash Mob Team defined the theme of this week’s Flash Mob Treasury contest as a tribute to “underused words”, I knew I had to write a story using 15 of those neglected words.

So here’s the treasury and the story. It helps to print out Gwen’s blog post to refer to the definitions at http://gwenphoto.wordpress.com/2014/02/04/74/

it was just a horrendous dream,
simply a SWEVEN,
a night time vision
or so she tried to tell herself
as she woke with a FERLY jolt
her heart pounding in a horrendous HORRIPILATION
her mind a furious FARRAGO of fear
it was just a dream she told herself again
but her whispered words rang hollow
an empty TARADIDDLE
a NUGATORY attempt to battle
the overwhelming enormity of her greatest fear 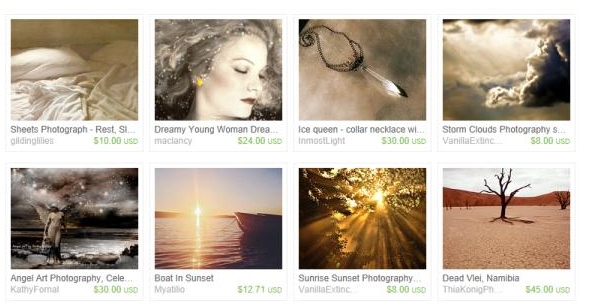 she had always  been a great believer of signs
her belief became stronger as her dreams became prophetic
this time she dreamt of looking up
into the lovely SATURNINE WELKIN
up into the great gray expanse of sky
as she did she felt a surge of ALATE, a buoyancy
as if she was lifted upon the wings of angels
into a blinding light, an EFFULGENT gleam
and she knew it was the sun

This entry was posted in Silly Stuff and tagged 15 words, creativity, fun, the weaver of words, The Weaver Of Words on Etsy, word play, writer, writing. Bookmark the permalink.

2 Responses to the sweven